What we ate while in Marin for 36 hours

Before heading to The Big Island of Hawaii last month we spent an action packed 36 hours in Napa with a large family group attending our cousin’s wedding. We arrived late on a Thursday evening and had only Friday to show the kids a taste of Napa before the ceremony. It rained, or rather deluged, the entire time, but that didn’t dampen our fun! We showed the boys the rolling hills of Napa, visited the Mondavi winery, and dined out at several delicious restaurants with gluten-free options. 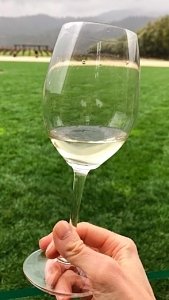 Before leaving California, we were also lucky enough to visit the Mariposa Baking Company, a 100% gluten-free bakery in Oakland (they have a shop in San Francisco, too) which lived up to its excellent reputation — and beyond!

The Vintage Inn in Yountville CA 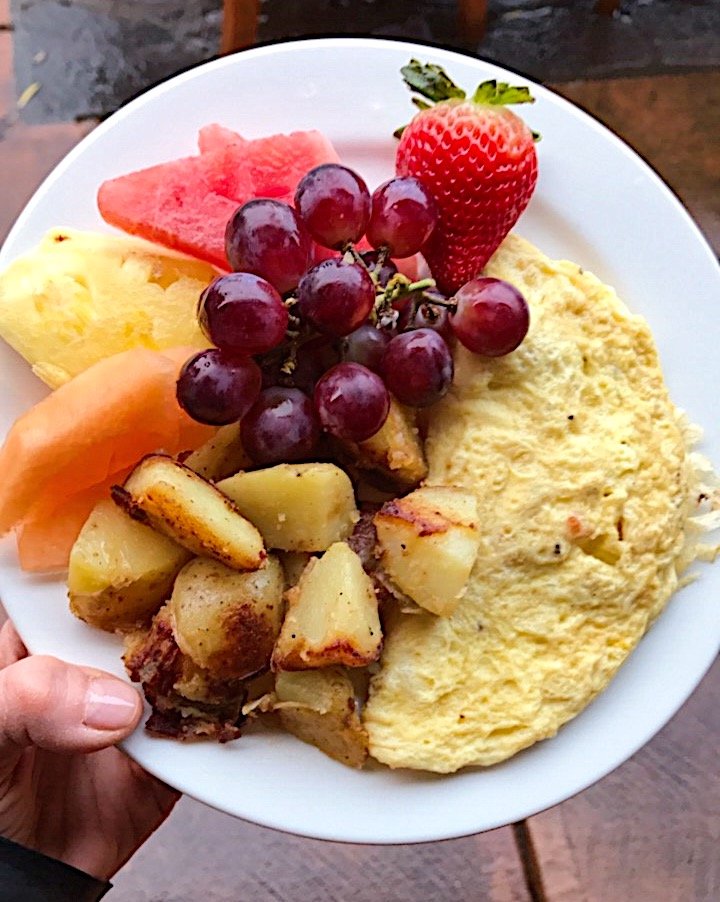 We stayed at the Vintage Inn with the rest of the wedding party. It’s an adorable place in downtown Yountville and convenient to everything. It has a great heated pool the kids enjoyed (even in the rain). The concierge service was extraordinarily helpful.

In the mornings, the Inn prepares a huge, appealing breakfast buffet with an omelette bar, large selections of fruit, roasted potatoes, and the usual assortment of gluten-filled breads and oatmeal. After checking and double checking, we felt confident that the omelette bar and potatoes were gluten-free. Those dishes were also set up away from any gluten. Due to the jet lag we were among the first people at breakfast, which meant there was less risk of stray crumbs and wandering serving utensils.

As a triple-check, we tested my son’s food with our Nima portable gluten sensor. The Nima indicated “No Gluten” (a smiley face) which was comforting. (You can read more about our experiences traveling with it in my blog post Nima Goes to Hawaii). 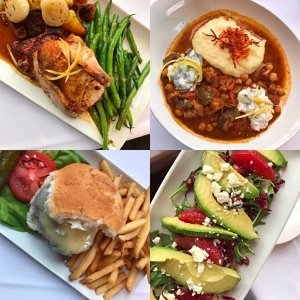 Hurleys Restaurant is located in downtown Yountville. The atmosphere is casual and relaxed. The gluten-free menu largely mirrors the main menu. We found our server knowledgeable about celiac and cross-contamination, and when she didn’t know about a particular item, she was nice enough to check for us. The kitchen was also very accommodating. My son ordered a burger but when they didn’t have a gluten-free bun, they offered to plate it with one we had with us (we travel prepared! haha).  The menu is extensive with some interesting twists on the usual fare that offer something for everyone. 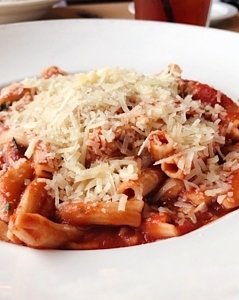 We were worried about our son being able to find gluten-free food at the wedding, so my husband brought him to Il Posto Trattoria beforehand so he could get his fill of a favorite food: pasta. Il Posto Trattoria  is a neighborhood restaurant in Napa we located with the Find Me Gluten-free app. It’s very casual and cozy. They were very accommodating and aware of celiac and issues of cross-contamination. My son ordered a pasta with marinara sauce (and apparently lots of cheese)!

As an aside, we were grateful to find that the wedding caterers provided our son with a gluten-free meal prepared especially for him, which also tested gluten-free with the Nima sensor. 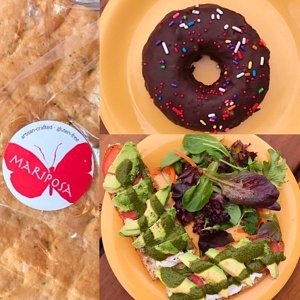 We had heard of Mariposa for years and seen photos of all their delicious baked goods, so we were really excited to finally be able to try it for ourselves. What a treat! It totally lived up to the hype. The first thing that grabs you is the smell of baking breads and treats. Then you see it: a display of more breads and baked goods that one can imagine.

We stopped there on our why back to the airport in San Francisco before a long day of travel, so we tried a lot and purchased even more to go. The breads were some of the best gluten-free breads we have tried, and the baked goods were incredible.

While our trip was short but sweet, we hope to get back to Napa again one day, so if you’ve been to any restaurants with great gluten-free food we should check out, let me know in the comments below.

Disclaimer: As always, this was our experience. We always speak with restaurants in advance about our gluten-free needs and ask questions to make sure we are comfortable that the chef can prepare food free of cross-contamination. Please, always do your own due diligence as chefs, owners and menus change! 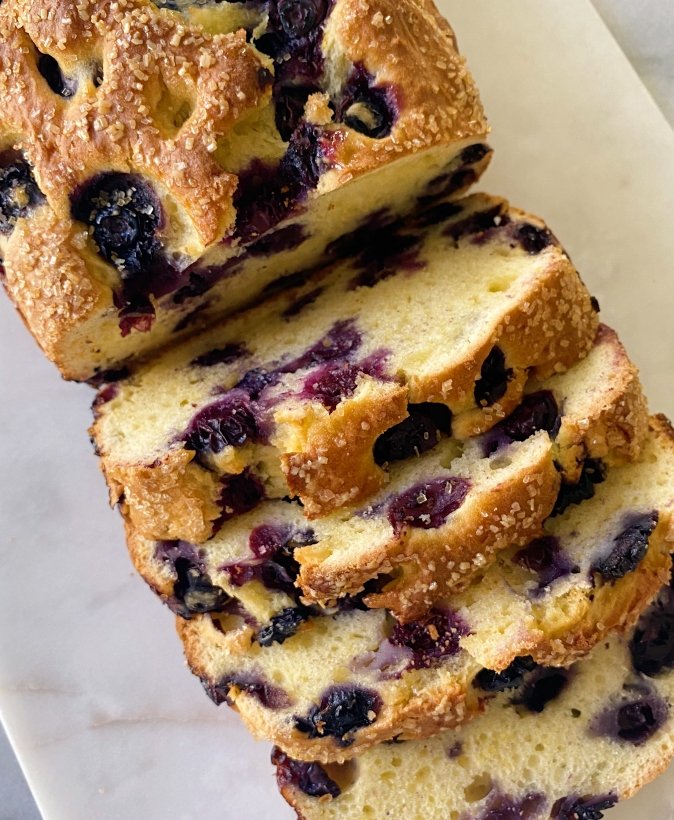 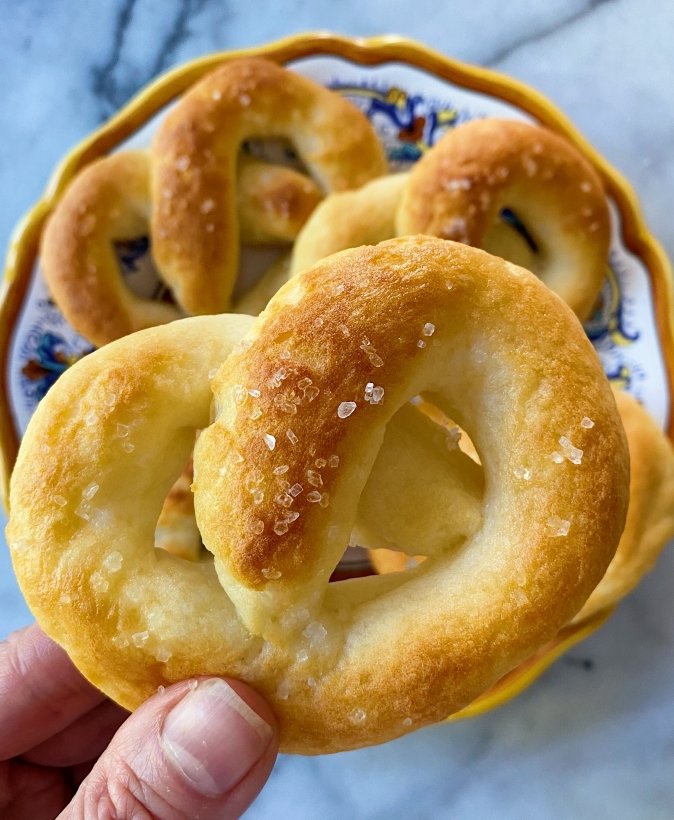